What Is A Burst Campaign?

What is a Boost/Burst Campaign?

A Boost/Burst Campaign is a mobile phone marketing tactic in which a new app is aggressively marketed between 24 to 72 hours. The method includes generating user interest and ranking the app in the App Store for iOS or Google Play for Android. If the app attracts a large number of users willing to pay for installs, it has the potential to go viral. The marketer gains from greater exposure and income from the app's paid downloads at the start of the campaign. Later on, organic (unpaid) downloads fueled by sufficient user numbers might propel the app's growth.

How does a burst campaign work?

It has a rapid turnaround time

A prospective application developer or marketer is curious about the level of interest in their mobile feature among consumers. The developer decides to explore the markets with a boost/burst marketing based on the amount of money available in the budget. The lead time is typically between 24 and 72 hours. The advertising should show the developer how the software stands out from the crowd. Marketers set aside sufficient budget funds for advertising buys that produce immediate benefits. If the campaign generates enough interest, the application's rating in the App Store for iOS devices & Google Play for Androids may improve.

Presumably, when news spreads, consumers will pay to get the software. If more and more users pay to acquire, the accomplishment might create a buzz among both the press and the users.

It should have clear objectives

A marketer should have specific goals for their boost/burst strategy. What is the intended audience, and how will they interact with the app on their smartphones? Is it yet another gaming application or a sophisticated group chat or an e-commerce shopping app? Will the app provide any incentives? The app developer may create an effective advertising plan by understanding the responses to critical questions from the beginning. A strong campaign includes one that has the potential to go universal/viral.

It should give a channel for feedback

If a marketer is trying out a new application, consumers ought to be able to provide feedback, both positive and negative. That is one of the primary techniques to determine whether or not the app is gaining attention. The worst-case scenario is that the software is a huge success, but the infrastructure can't manage the traffic. Such a terrible outcome will drive an app's high rating to plummet to a bare minimum.

Why is a Boost/Burst Campaign Important

It provides new apps with a lot of exposure in a short period. A nascent startup might devote all of its resources to a freshly built app. A boost/burst promotion is a quick technique to gain maximum attention & expand its base. By spending for a promotion to boost app recognition, the app's ascent in the rankings may eventually help it separate from the competitors, resulting in a significant ROI.

Volume is required for success

Apps require high rankings to generate enough curiosity in consumers so that the app may finally stand for itself in the long run. Some statistics rely on qualified users as just as perceived as the main. However, volume is more significant than satisfaction and performance in a boost/burst campaign. For the mobile application, the quantity of installations is important.

It requires a well-designed app

A developer can test a working prototype application with small imperfections in the early phases of a boost/burst promotion. However, when the app grows in popularity, the prototypes must be upgraded with high-quality, compelling aesthetics and excellent functionality. The application's final version should be ready to go to market.

User acquisition is not a guarantee

On the surface, it looks like user acquisition is a simple procedure - the more people, the better. Constantly rising users have the added benefit of improving your app's ranking in app store rankings & learning algorithms. You may undoubtedly improve the number of signups you obtain from advertising or organic searching approaches with a great burst campaign.

When examining the sorts of campaigns that best meet your aims, the type of consumers attracted is also significant. Those that install your software as a result of incentives, promotion, or other forms of force will eventually cost you money. Acquiring users via organic searches & app store ranks typically necessitates a lower expenditure.

Because there is never a certainty that an ad expenditure will increase revenue or engagement levels, burst acquisitions have developed the stigma of being risky for most firms. Consuming a substantial portion of a yearly marketing budget in a short period may jeopardize the remainder of your marketing efforts, particularly if a spectacular bursting is part of your goal!

Burst campaigns are a calculated risk

Rather than just collecting consumers for the sake of obtaining users, burst campaigns should provide larger results, such as increased user expenditure and user retention.

Burst campaigns almost always result in a rise in newbies, maybe leading to higher engagement and expenditure from existing users, although a positive ROI isn't always guaranteed. A huge ad investment in a short amount of time ought to be a planned venture that fits into a bigger marketing program. Before spending your time and money in a fast burst of customer capture, consider a precise end objective. 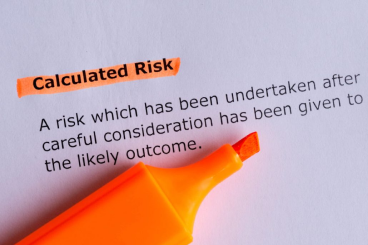 What is the duration of a burst campaign?

Burst or boost campaigns often have limited periods and a huge marketing budget push. The majority of the time, they last between two and three days.

Is there a best time to launch bursts?

There are numerous prime occasions to explode. It all relies on your objectives as well as the app. When the app is out, many smartphone app marketers employ them. Simply ensure that your program has been thoroughly tested and that there are no bugs. Burst marketing can also be event-specific.

Is it worthwhile to invest in burst campaigns?

The reply to whether burst campaigns are worthwhile is indeed a resounding "maybe." If the features of a burst campaign align with your ultimate strategy, it may be an excellent method to develop velocity for your application. If your goal is to solely recruit high-quality, long-term consumers, there are certainly better marketing tactics for your money, such as highly focused campaigns for your audience.

A burst campaign can garner you a lot of installs rapidly, but be notified: they can be a costly method of gaining 24 hours of popularity if your software has any issues. Time your promotion so that any bugs in your app are worked out and that you can provide an outstanding user experience.

Would you launch your app with a burst campaign? Contact us to learn more about best practices for app development and app marketing.